,
So we are finally launching Appzard 2.0, one of appzard’s biggest updates as of now! With this update, appzard is back offline, bringing over a new UI, many new comonents and bug fixes.

This is a component release, you will need to update your companion to version 2.0.0

This is a bug fix for the most major bugs reported on the community.

This prevents your app from rewriting the same file. Using this way, you can even play 1.5 GB or more bigger videos without any crashes.
Both path and contentUri can be used to point the picked file.

if you want to rewrite the picked file in storage, you can use File.CopyContentUri 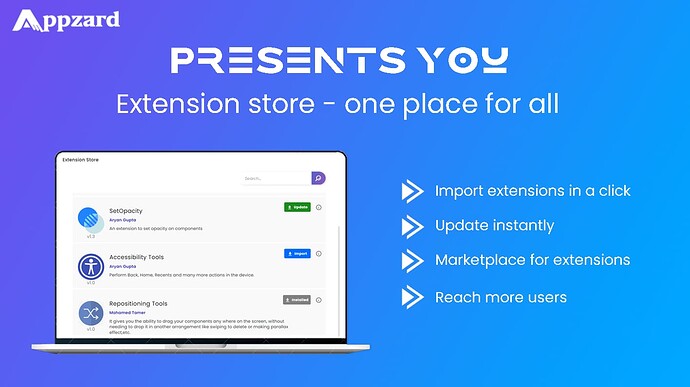 You can install any extension in just 1 click and you will never miss any update. However, there are very less extensions listed currently. We would be grateful if you want to list your extensions in our extension store

To open extension store, you need to press Alt + E